Build a bridge to the future

The Bauwende describes the fundamental shift towards true sustainability and a circular paradigm in the building sector. Why ... and how? 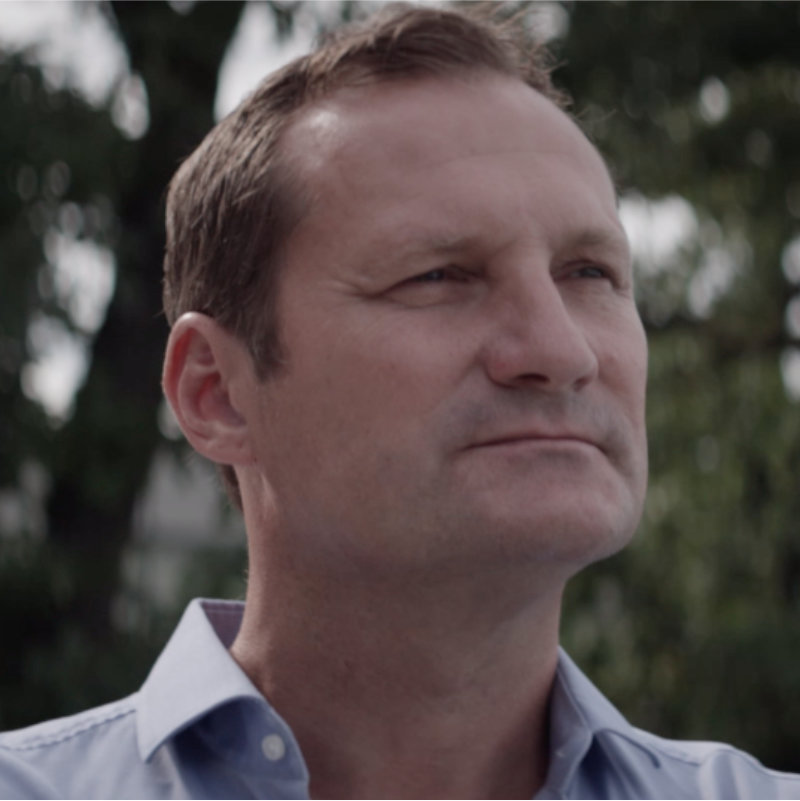 CEO of the Baukom Group

Nature works in cycles ... can we do the same?

Imagine you meet your new neighbour ...

Tom will soon be a father and is building a house for his family. You get on well together and you help him build a house now and then.

You set beams, doors and windows and watch as a house slowly takes shape. Shortly before Lea's birth, you share a beer under the freshly covered roof and let your thoughts wander...

What did it take to build this house?

What have once been fine lines on paper, soon became a tangible reality thanks to the treasures of our planet. You think of clay, quartz sand and trees that are now plaster, windows and beams.

This house consists of a love of detail ... and the limited resources of a unique planet.

A few years further and Lea comes of age ...

... and Tom is tearing it all down again. Only 18 years later, he doesn't bother to recover the materials. They end up in a landfill and are a burden for the planet instead of valuable to our lives – for which he pays by the container.

Entirely fictional? For private building ladies and gentlemen ... admittedly, probably fictional. Surely, someone else will move in.

And in industrial construction?

The Fortis Bank in Amsterdam has been a painful example of a life-threating trend: An ever shorter lifetime for our buildings.

The bank building was completed shortly before the turn of the millennium and torn down again in 20141, a whole 18 years from construction to demolition.

So far, raw materials have rarely been recovered from buildings and lose a great deal of their quality through demolition. Often they are downcycled as fill for road beds, but it's not rare for them to go straight to the landfill.

Once there, they only manage to deepen our harmful footprint on the surface of this planet.

Volunteers first: Who wants to give up their house to protect the environment?

Surely no one is willing to give up protective walls and fight storms at the breakfast table.

We want it to be cosy and warm at home, the wind mustn't blow the notes off the desk at work and the theater play in autumn would get quite wet without a roof.

An ever-growing number of people need a roof over their heads. We need houses to live in ... and yet we need a change in order to preserve our unique and fragile habitat.

An open letter to the construction industry

From construction waste to closed loops

Hey, I'm Stefan and I'm very worried about the world we're going to leave to our children.

We have seen unparalleled economic growth in recent decades. Whatever it produced, we immediately declared to be our new standard of living, causing enormous damage in the process. A linear economic paradigm created the modern world – and now threatens it.

As a top manager, I was part of the problem rather than part of the solution for a long time. I want to change that and invite the whole industry to help shape Bauwende now.

We need a healthy sense of urgency. Procastinating sustainable landmark decisions again and again to the next quarter does not create a world worth living in for the generations to come.

The clock is ticking ...

According to calculations by the Mercator Institute2, we have until 29 December 2027 to meet the 1.5 degree target3 in order to get atmospheric CO2-saturation under control.

Of course this an estimated forecast, but let's take it at face value for once to feel the necessary urgency: Which buttons to push in order to start a decisive change in time?

Because the construction industry in europe amounts to …

of the waste
produced

of the resources
taken

In Europe, of all the raw materials we take from the earth's crust, the construction sector takes about half4. That's why almost half5 of Europe's landfill comes from construction. Now, how does our infrastructure compare to the natural environment in which it was built?

For roughly 3 billion tons of forest6, Germany has around 15 billion tons of buildings7. Our real estate now weighs five times our forest, that’s as much as 150,000 average blue whales or 50 trillion chunky squirrels ... to help you grasp the dimensions.

The construction sector also produces well over a third8 of Europe's greenhouse gas emissions. At the same time, the climate is sending clear signals: The temperature is rising!

Our house is on fire.

How long can we keep on digging in the global sandbox?

So without a change in trend, global resource use will have increased more than sixfold in 80 years, within just one human lifetime.

It's not just getting tight ecologically …

In 2014, the renowned consulting firm McKinsey, in cooperation with the World Economic Forum and the Ellen McArthur Foundation, published a report showing the development of commodity prices since 1900.

We do not onlz have an ecological crisis, but an economic crisis aswell. A true eco-crisis. Resources are becoming scarcer, driving prices – an extreme shock for the market after decades of falling prices.

Now, will we wait for the destructive effects of a linear paradigm to unfold even more clearly or do we start looking for better ideas?

Time to finally wake up!

The linear economic model of take-make-waste is resigning itself and even recycling is not thinking resolutely through to the end.

A new proposal: Use healthy materials, indefinitely. In nature, nothing is ever lost, everything is getting renewed tirelessly. Water and nutrients move in cycles through all spheres of life - can we do the same with our raw materials?

If our resources are to circulate aswell, Cradle to Cradle12 shows a way. In this model of a circular economy, resources flow in two separate cycles.

like compostable plastics made from corn starch return to natural cycles. They are free of toxins, rich in nutrients and healthy for the ecosystem.

such as steel and petro-plastics move in an industrial cycle. The aim is to preserve the material quality completely in order to use the raw materials again and again.

What exactly does that mean for construction?

In their seven demands13 to all players in the construction industry, the activist group Architects for Future have created a framework on how to succeed in circular construction and thus the Bauwende.

Their ideas, translated into questions and reshuffled:

Together for a better future

Bauwende can only succeed if we work together. That's why we cooperate with innovative players in the sustainable building scene and are constantly expanding our network.

Are you interested in participating in this initiative?
Write us a message:
info@bauwende.com

Call to the construction industry

There is no way around true circularity and smart emissions management. There's only one planet for us. In what condition do we want to hand it over to our children?

And there's good news: The authors of the Circularity Gap Report estimate that atmospheric carbon reduction plans and circular models are mutually supportive15.

As early as 2007, the Intergovernmental Panel on Climate Change (IPCC) assigned the construction sector the greatest potential to reduce its vast emissions at the lowest cost16.

Real sustainability must be integrated into business plans and the DNA of all companies, a few pioneering companies are not enough. We need more people and lighthouse projects with fresh ideas, fresh business models and the courage to innovate.

I am looking forward to shaping the world of tomorrow with active people from the construction industry.

Is there a €1.8 trillion market opportunity in true sustainability at our feet? Find out here.

If you want to read more articles of this kind and be automatically notified about publications, subscribe to the Bauwende newsletter.

CEO of the Baukom Group

Selected articles to get fully involved in Bauwende 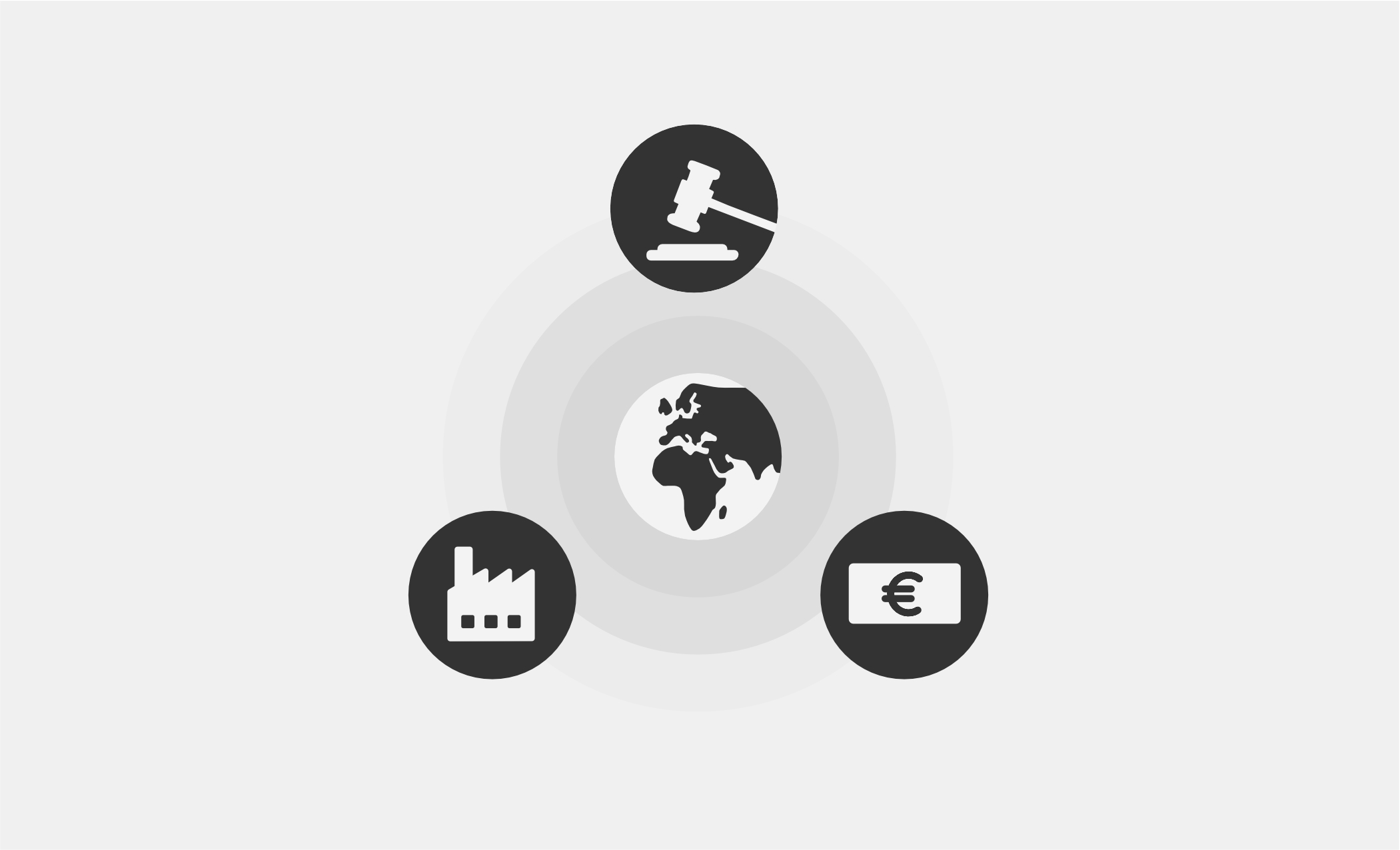 EU Taxonomy: Pressure on the construction sector to turn sustainable

The new EU taxonomy asks both companies and investors to truly consider sustainability, and the construction sector and real estate market are being particularly impacted. Why should you think ahead of regulatory versions of sustainability and lead the change on your own? 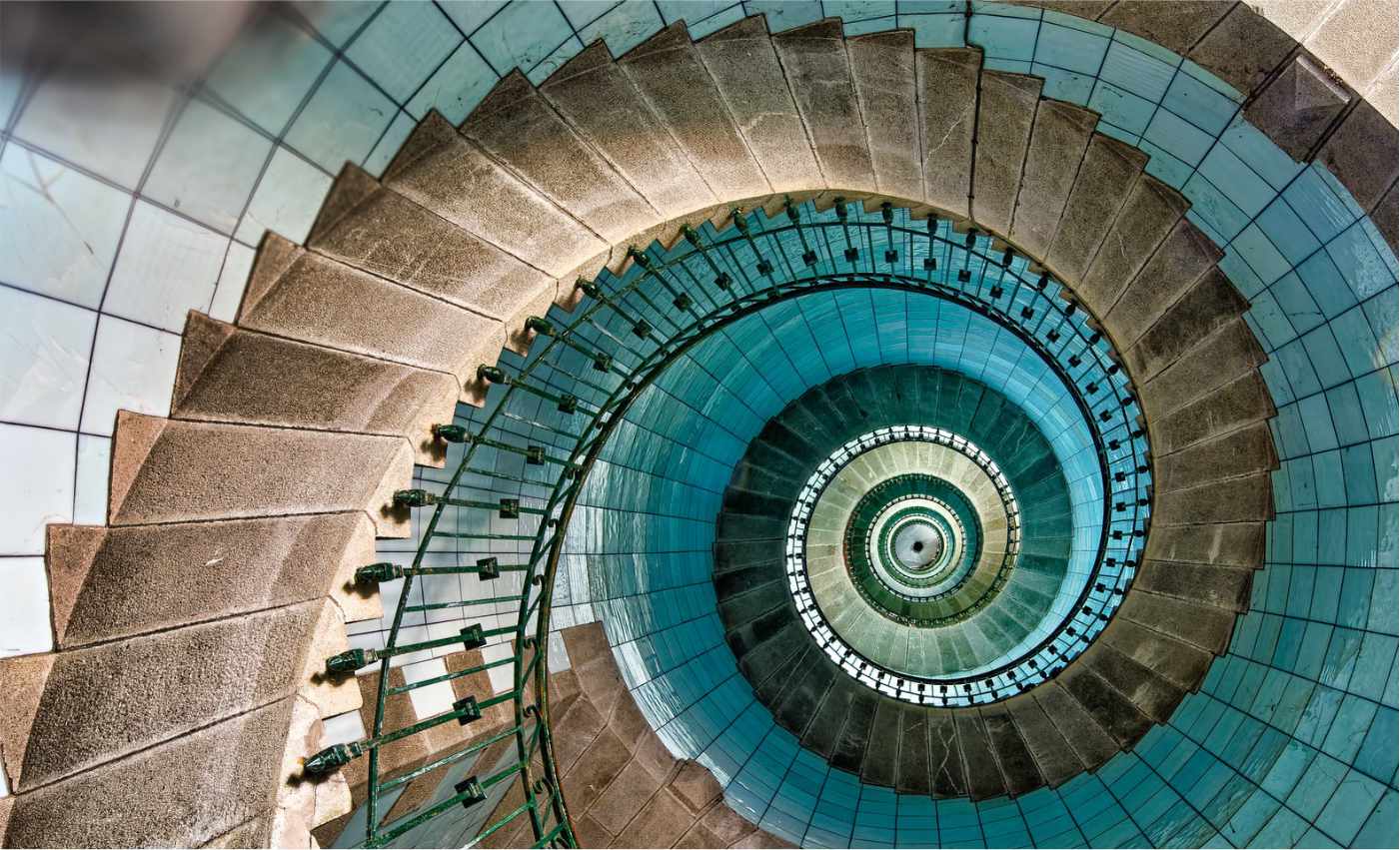 Are you ready to capitalize on this €1.8 trillion market opportunity?

Linear thinking and economics are burning life's foundations: A new economic paradigm is required. This is creating a historic market opportunity. In which direction to take your company to secure yourself a pioneering position? 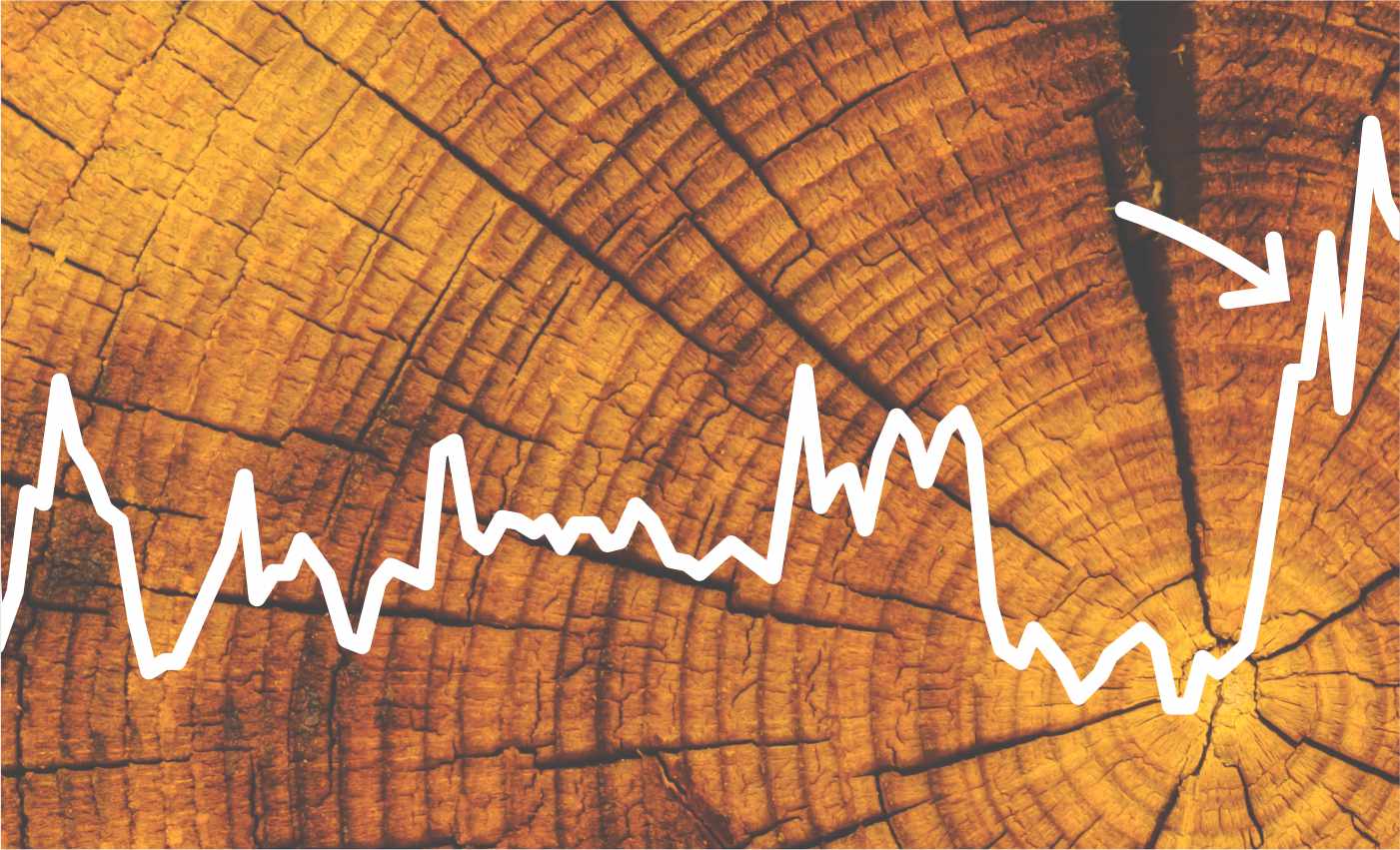 Another price increase! Why this abrupt change in trend?

The 20th century trend of falling commodity prices has reversed within a few years as prices rise rapidly. We are witnessing a historic price inflation that challenges the future viability of a global economy. So far, there’s no end in sight. Why?

The future is being built here right now: An initiative for construction executives who are writing the future now.